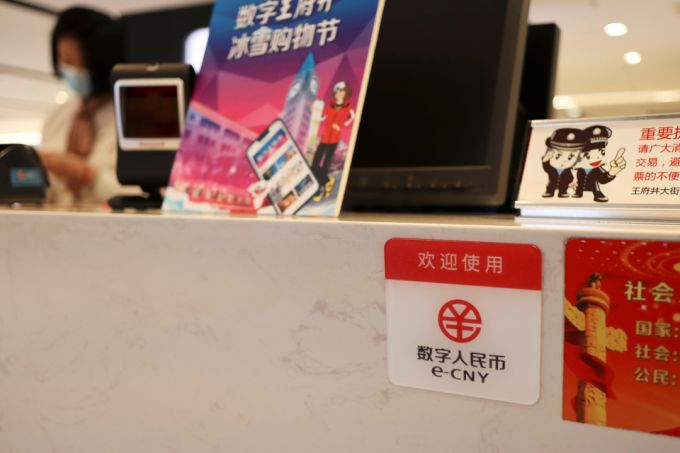 After joining the lottery through the social media app WeChat, the 28-year-old Shenzhen-based business strategist received a digital envelope with 200 electronic Chinese yuan, or eCNY, worth around US$30.

To spend it, she went to a convenience store near her office and picked out some nuts and yoghurt. Then she pulled up a QR code for the digital currency from inside her bank app, which the store scanned for payment.

“The journey of how you pay, it’s very similar” to that of other Chinese payments apps, Ms Huang said of the eCNY experience, though she added that it was not quite as smooth.

China has charged ahead with a bold effort to remake the way that government-backed money works, rolling out its own digital currency with different qualities than cash or digital deposits.

The country’s central bank, which began testing eCNY last year in four cities, recently expanded those trials to bigger cities such as Beijing and Shanghai, according to government presentations.

The effort is one of several by central banks around the world to try new forms of digital money. Many countries have taken action as cryptocurrencies such as Bitcoin, which has recently soared in value, have become more popular.

But while Bitcoin was designed to be decentralised so that no company or government can control it, digital currencies created by central banks give governments more of a financial grip.

These currencies can enable direct handouts of money that expire if not used by a particular date and can make it easier for governments to track financial transactions to stamp out tax evasion and crack down on dissidents.

Over the last 12 months, more than 60 countries have experimented with national digital currencies, up from just over 40 a year earlier, according to the Bank for International Settlements.

While the Chinese government has not said if and when it will officially introduce the eCNY nationwide, several officials have mentioned having it ready for tourists visiting for the 2022 Winter Olympics in Beijing.

Recent articles and speeches from officials at the People’s Bank of China, which is the country’s central bank, underscored the project’s ambitions and the desire to be first.

“The right to issue and control digital currencies will become a ‘new battlefield’ of competition between sovereign states,” read an article in China Finance, the magazine of the central bank, last September.

The design of eCNY borrows only a few minor technical elements from Bitcoin and does not use the so-called blockchain technology, a ledger-like system, which most cryptocurrencies rely on, officials from the People’s Bank of China have said.

In a hint of the currency’s unusual nature, recipients have only a few weeks to spend the digital money before it disappears.

So far, only a limited number of retailers have taken the currency. But early users said the experience was so similar to Chinese digital payment options like Alipay and WeChat Pay that it would not be hard to switch to it if it rolled out nationwide.

If the eCNY is successful, it will give the central bank new powers, including novel types of monetary policy to help grow the economy. In one scenario that economists have discussed, a central bank could program its digital currency to slowly lose value so that consumers are encouraged to spend it immediately.

Beyond those ambitions, the eCNY could immediately give the Chinese government more power to monitor finance flows because a digital currency system can record every transaction. That poses privacy concerns, with China having used many tools in the past to crack down on dissidents.