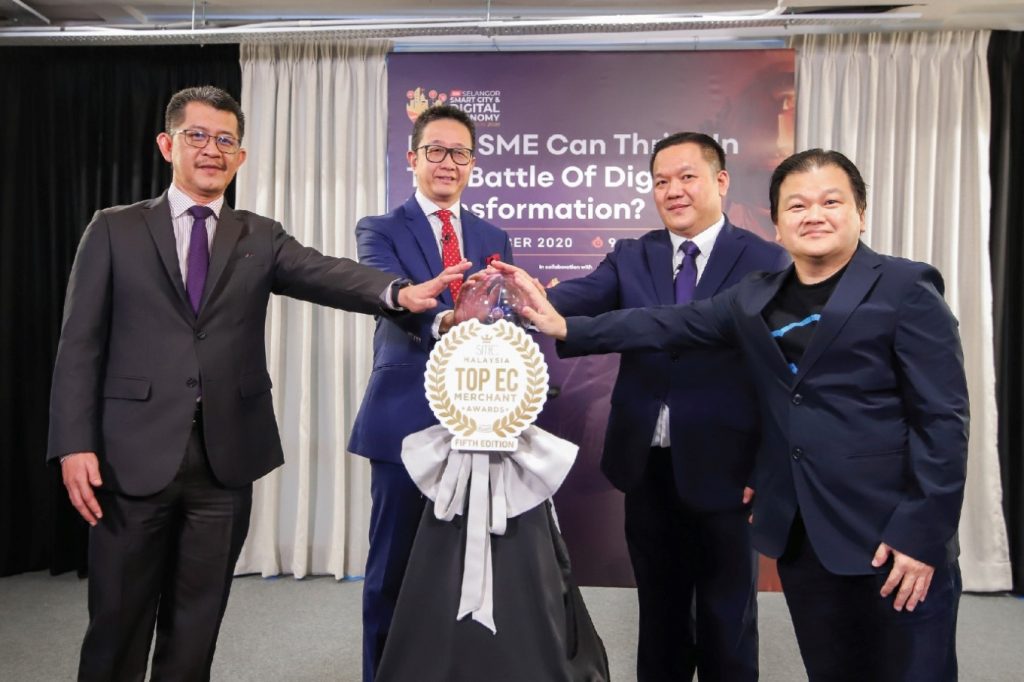 With the highest gross domestic product (GDP) in the country, the state of Selangor possesses the largest economy in Malaysia, consistently contributing over 22 percent of the country’s GDP over the years with a large number of multinational corporations making the state their base.

Even when the COVID-19 pandemic caused the national GDP to contract by 5.6 percent in 2020, Selangor recorded a growth of 2.09 percent. At the same time, the state attracted 18.4 billion ringgit (US$4.42 billion) in foreign investments out of the total 64.2 billion ringgit ($15.43 billion) received by Malaysia in 2020, making it the country’s top investment destination for three years in a row.

Yet as the pandemic accelerated digitization across the world, Selangor is committed to building a digital economy and ecosystem, keeping it at the forefront of technology while at the same time attracting more investors.

In a recent interview with The Jakarta Post, Invest Selangor Berhad CEO Dato’ Hasan Azhari Bin Haji Idris said the state had developed the Smart Selangor Vision 2025, outlining four main domains in ensuring the digital ecosystem within the state was ready by 2025.

“At its core, Smart Selangor is an initiative by the state to empower its people, businesses and the public sector by optimizing digital technologies toward delivering the Smart State objectives,” he said.

The four key domains that will drive the initiatives are Smart Government, Smart Economy, Smart Community and Smart Digital Infrastructure.

According to Hasan, the digitalization of the public sector deliverables and services under the Smart Government domain is key in pushing through the agenda, and increasingly so with the restrictions brought forward by the pandemic. The developments include the establishment of the Smart Selangor C5i Operations Centre, Intelligent Traffic Management System and Citizen e-Payment gateway.

The state’s continued focus in stepping up its digitalization agenda was made apparent in its 2021 state budget, where nearly one-third of Selangor’s 369 million ringgit development fund was earmarked for digital infrastructure initiatives and programs.

One of the programs within the allocation was the establishment of the Selangor Innovation Fund, to which 100 million ringgit has been allocated to spur the growth of start-ups in the state through venture capital investments. Another 5 million ringgit was earmarked for the SME Digitalization Matching Grant, a dedicated initiative to encourage more micro and small businesses in the state to adopt digitalization in their operations.

“Selangor is also home to Cyberjaya, Malaysia’s center of innovation and digital transformation. Cyberview Sdn Bhd, the Tech Hub developer of Cyberjaya, outlined its role in developing a more holistic tech ecosystem comprising commercial and digital activities, where the development of new innovations and emerging technologies may be tested and subsequently commercialized, all within the ready ecosystem in Cyberjaya itself,” Hasan explained.

To that end, Cyberjaya had developed a masterplan focusing on three technological clusters: Smart Mobility, Smart Healthcare and Digital Creative. With its excellent infrastructure to support growth across all areas, attractive incentives, a ready and multilingual talent pool as well as a supportive and involved community, it is an attractive proposition for both established regional and global tech businesses and promising start-ups to call it home.

“The positive development and mushrooming of tech companies in Selangor and particularly in Cyberjaya has created the demand and investment opportunities especially within the digital infrastructure ecosystem such as data centers, cloud computing, cybersecurity and other business services.”

Along with leading Malaysia’s digital aspirations, Selangor also possesses a decidedly proactive state government with business-friendly policies. Hasan noted that the state government understood the importance of Selangor as the prime mover of Malaysia’s economy, and therefore implemented initiatives that would benefit the country as a whole.

“For example, the state established Selangor Information Technology and Digital Economy Council (SIDEC), an industry council represented by both government officials and key industry players, which focuses on the development of the digital economy in the state. The council also provides recommendations on state policies pertaining to the digitalization of SMEs in the state,” he said.

In its drive to attract emerging start-ups alongside established tech giants, Cyberjaya also provides specific provisions. For instance, collaborative office space company CoSpace offers 12 months of complimentary rental of office space for local and international companies to use as their soft-landing zone in the city.

As further proof of the state’s commitment to digital economy, Invest Selangor is working closely with the Digital Investment Office (DIO), a fully digital collaboration platform set up this year between the Malaysian Investment Development Authority (MIDA) and Malaysia Digital Economy Corporation (MDEC) at the federal level to streamline the coordination and facilitation of all domestic and foreign digital investment into the country.

Endorsed by the National Council of Digital Economy and Fourth Industrial Revolution (MED4IR) as the single window for digital investment into the country, the DIO is aligned with the goals of the Malaysia Digital Economy Blueprint (MyDIGITAL) as well as the goals of the National Investment Aspirations, which is currently focusing on digital investment as one of the key areas of interest.

Hasan said that many of the international companies that had made Selangor their growth destination had chosen to do so for several reasons, including the potential gateway to the ASEAN market, the established transportation and digital infrastructure in Selangor, as well as the matured digital ecosystem especially in Cyberjaya and other urban areas in the state.

“Aerodyne, one of the leading innovative drone solution companies in the world, has made Cyberjaya its home base since 2019. Cyberjaya was chosen because Aerodyne was undergoing an expansion which required a larger and better infrastructure for drone testing and R&D. In addition, Cyberjaya’s matured tech ecosystem with high numbers of drone and robotics companies offered Aerodyne strategic industry collaborations that catalyzed the company’s rapid growth in the space of aerial mobility,” he explained.

Meanwhile, US-based cancer research diagnostics firm Hematogenix decided to set up its Asia Pacific (APAC) hub within Cyberjaya, attracted by the robust tech ecosystem within the city that would support its R&D processes required for cancer treatment. At the same time, the decision was supported by a solid data center infrastructure to deal with the abundance of research data, along with efficient sample logistics due to the proximity to the KLIA international airport.

The company started operating in 2020 and was assisted in its expatriate and immigration issues, which were among the most pressing matters especially during the COVID-19 lockdown.

Hasan acknowledged that the pandemic had accelerated digitalization adoption across all industries. With more companies relying on stable and fast digital connectivity, he continued, Selangor stood to offer the most.

He cited the digital infrastructure throughout Selangor as one reason, such as dark fiber provision, state-wide high speed internet access, power supply redundancy and globally competitive telecommunication tariffs as laid out in its Smart State Vision 2025, which allows for a smoother migration and adoption especially for SMEs.

In addition, government initiatives provide extra stimulus for the industries, such as the E-Bazaar campaign that was introduced in 2020 and continued in 2021 that helped onboard thousands of traditional retailers greatly affected by the movement restrictions onto e-commerce portals such as Lazada and Shopee. Similarly, the SME Digitalization Matching Grant also benefited almost 300 small and medium enterprises from the first batch between April and June 2021.

In terms of networking and business opportunities, Selangor also plays its part in creating opportunities for networking and engagement for businesses operating in the state with potential partners within the ASEAN region, in line with the state’s aspiration to be the gateway to ASEAN.

Annually, Selangor organizes its regional trade and investment summit, the Selangor International Business Summit, which provides an avenue for discussions and networking opportunities for participants around the region. For 2021, the summit will be held in a hybrid mode, providing greater access for those who are not able to attend the summit physically in Malaysia to join the conversation virtually on its business portal www.selangorbusinesshub.my.

According to Hasan, based on its comparative advantages, Selangor attracts investment from both the manufacturing and services sectors.

“However, it does not stop the state from looking at digital direct investment or specific investment projects outside of these five core clusters, as it can add value to the existing industries’ ecosystem and supply chain in the state and the region.  Having said that, Selangor attracts a sizable amount of investment in the services sector, especially in the logistics and distribution services.”

As for digital investment, Selangor is aiming to attract more Global Business Services and Data Centers into the state, having Cyberjaya and many other potential and suitable locations within the state as the prime locations for these tech companies.

Currently, Selangor boasts a workforce of approximately 3.6 million, many of them multilingual, digitally savvy and skilled. According to the Department of Statistics Malaysia (DOSM), about 76 percent of the Selangor workforce is currently employed.

In terms of IT/computer science graduates, data from the Ministry of Higher Education (MOHE) indicated that in 2020, approximately 28,000 students in Selangor graduated in the field of sciences, mathematics and computer science from 173 institutions of higher learning located in the state.

“In matching the needs of specific industries or investors, Selangor Human Resource Development Centre (SHRDC) provides training for upskilling of current and future members of the workforce to upgrade talents in the industry to match the industry requirements and to ensure Selangor provides the best talents especially with the rapid technological and industrial development,” Hasan concluded.