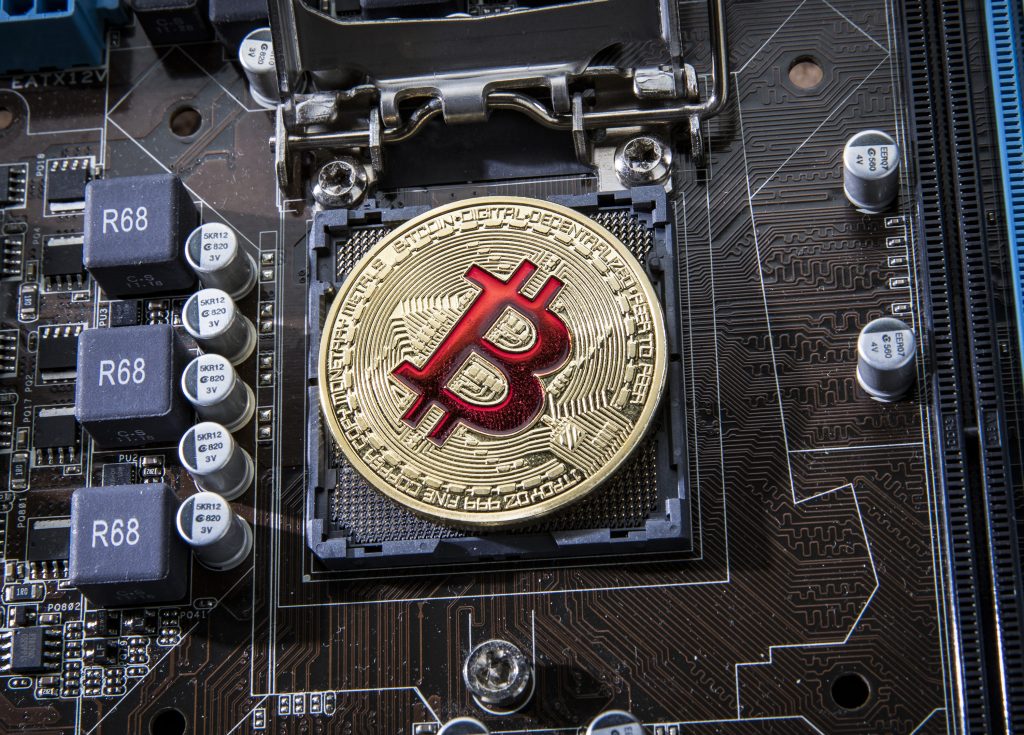 COVID-19 has pushed virtual banks out of the headlines, with launches extended in Hong Kong and authorities in Singapore and Malaysia deferring applications.

Of the three markets, however, the Malaysian experience may turn out to be the one from which broader lessons about Asian fintech can be drawn.

Bank Negara Malaysia has moved its deadline for comments on its proposed structure to June 30, with actual applications perhaps entered by the end of the year. We may not get a clear view of the emerging operating models until early 2021.

But we already know a lot. Here are ten points worth keeping in mind.

Malaysia combines wealthy urban centers comparable to Singapore with a hinterland that looks more like neighboring emerging markets, all under the purview of a respected regulator, Bank Negara Malaysia.

“It’s a larger country than Hong Kong or Singapore, with rural areas that actually have a large unbanked population,” said Clarence Koo, Singapore-based partner at consultancy Oliver Wyman. “From a national perspective, a virtual bank will really help Malaysians.”

It’s also a market in which mobile wallets have already spread like wildfire. There are now 48 such wallets, a huge number for a country of 32.4 million people – and in which 85% of payments are still settled in cash, according to Mastercard.

Bank Negara has structured its VB license to be more attractive than those in Hong Kong or Singapore, with five on offer. Here are the most notable aspects of what a Malaysian VB regime will look like.

Second, capital. Licensees will enjoy a three- to five-year “formation phase” in which they need to meet a low capital adequacy ratio of 8% and post Rm100 million’s worth of tier-1 equity (or $23.4 million). This is similar to Singapore’s two-step process, which also has a low initial capital requirement. During this period, VBs must restrict their lending activities, with a ceiling on assets of Rm2 billion ($468.9 million) in Malaysia’s case.

A third difference is scope. Malaysian VBs will be full banking licenses, as is the case in Hong Kong but not in Singapore, which is differentiating between VBs for wholesale-only business and those also able to serve consumers. Given Malaysians’ reliance on cash, its VBs will also be permitted access to ATM networks (unlike in Singapore).

Malaysian applicants can also seek to set up an Islamic bank, and Bank Negara is likely to want to hand out at least one such license. This is another manifestation of Malaysia’s diversity: religious, ethnic, and also linguistic. Such an environment will require different operating models.

Fourth, Bank Negara has been the most explicit about requiring applicants including an exit plan, in the event the business proves unsustainable or ineffectual. The plan must look ahead five years and identify potential triggers for shutting the business, including those related to capital, liquidity, earnings, and assets (such as a rise in non-performing loans).

MALAYSIA IS MORE ABOUT MANUFACTURING AND MICRO SMES

The stinger is the requirement for applicants to provision for closing the business, including an ability to extract and aggregate real-time data on depositors and customers upon request, and ensure continuity and outsourced arrangements. In Hong Kong, at least, VBs have launched as “works in progress”, while MAS has reportedly overseen eleventh-hour changes to applications before COVID-19 put the schemes on the backburner. Applications in Malaysia hot out of the oven will need to be fully baked.

Fifth, the underbanked. As noted earlier, Malaysia has plenty of unbanked and underserved SMSEs. Among adults, 92% do have a bank account but usage is low, with only 39% able to borrow from their bank, and even fewer with insurance or wealth products, says Oliver Wyman.

“There is a real opportunity to challenge incumbent banks in Malaysia,” said Marc Entwistle, principal at Oliver Wyman for financial-service digital strategies, in Hong Kong. “That’s unlike Singapore, where virtual banks are meant to only attack white space.”

“Singapore is a hub,” said Kah-Meng Wong, co-founder and CEO at Funding Societies Malaysia, a peer-to-peer lender that, in Singapore, has teamed up with Hong Kong’s AMTD to apply for a VB license there; it has not yet decided whether to do the same in Malaysia. “The Malaysian economy is more about manufacturing and micro SMEs, and it’s more offline.”

The country has middle-tier wealth, unlike (mostly) rich Hong Kong and Singapore. “There is a much lower cost to acquire and to service customers,” said Donald Hanna, an economist affiliated with local bank CIMB. “There will be an opportunity to create an inclusive retail strategy.” Next year will be a scramble for customers, suggesting Malaysian VBs will want to move faster than has been the case in Hong Kong.

Sixth, VBs in Malaysia might consolidate rather than fragment the market. This is different than in overbanked Hong Kong, where the Hong Kong Monetary Authority has cast its eight VBs in direct competition; and than in Singapore where MAS has structured VBs to complement, not compete, with incumbents.

The reason Malaysia is crowded is its wallets for electronic money. Of the 48 mobile wallets, only five are offered by banks. Three lead the pack: Touch’n’Go, a toll-road electronic payment system, which is 52% owned by CIMB; Boost, the wallet of telco Axiata; and GrabPay.

IF A WALLET BECOMES OPEN, IT CAN SCALE

Other notable players include RazerPay and BigPay, the fintech arm of Air Asia. So too the usual global payment apps (AliPay, Samsung Pay, WeChat Pay, PayPal) and a range of retail and media offerings. Among banks, MaybankPay is the leader.

All of these mobile wallets are “closed loops”. They don’t interoperate. Each has carved out an ecosystem of retailers, travel options and other places to spend money. None has the kind of dominance that GrabPay enjoys in Singapore or Go-Jek in Indonesia.

Perry Ong, Kuala Lumpur-based country manager for Malaysia and Brunei at Mastercard, says wallets have driven great user experience and convenience, but too many may prove unsustainable. This is why most of the biggest wallet operators are considering applying for a banking license.

“If a wallet becomes open, it can scale, and provide more services to a much greater database of customers that today is underserved,” Ong said.

Many wallet operators, including telcos and airlines, license Mastercard to issue prepaid debit cards. The payments company hopes to work with some to go international and access merchants globally – especially if they win a virtual-bank license. “We can help them morph into an open-loop proposition,” Ong said.

The prospect of becoming an Asian Monzo or N26 will spur many applications and, once issued, a race to grow ecosystems and win customers. Unlike in Hong Kong, Malaysian VBs will be aiming to serve as primary banks to many people, rather than as experimental or novelty services. This is where financial inclusion really starts to matter.

Operating models will need to do more than rely on a good user or consumer experience; they’ll need to be credible deposit-taking institutions for retail and practical platforms for SMEs to manage finances.

The biggest impediment will be deposit insurance, which for retail bank accounts is a modest Rm250,000 per customer per bank – although it’s double that for Islamic bank accounts, which are assured by takaful (socialized pools of savings).

Eight, international banks are eligible to apply. That doesn’t mean any will. But in Hong Kong the informal understanding was its VB regime was to encourage mainland Chinese Big Tech to come compete against traditional banks, and the MAS explicitly required all- or majority-Singaporean structures.

Malaysia hasn’t done that, and there is a variety of foreign players that might want to take a look, both banks and tech companies. The same Chinese names circling Hong Kong and Singapore are probably looking at Malaysia too: AliPay, Ping An, WeChat Pay, Xiaomi and Zhong An could all enter the arena.

There are plenty of Japanese and Korean businesses active in Malaysia’s manufacturing sector, along with e-commerce plays such as Lazada. Local local conglomerates like Sunway and advisory firm V Capital have also said they will apply.

No word has floated of a global bank taking a crack at this, however. Singapore’s banks have launched digital-only banks in India, Indonesia, and Thailand, but haven’t publicly revealed plans for Malaysia.

Nine, if domestic banks apply, they might aim for an Islamic VB. There are now 16 Islamic banks that are allowed to operate on the back of a conventional player’s infrastructure and branch network, an arrangement that has supported steady growth. Islamic finance is now entrenched in Malaysia, accounting for 32% of financing to customers, according to Fitch.

But there has not been a corresponding play in the fintech space, either in terms of digital banking or mobile wallets.

Five banks have said they will consider applying for the VB license: Affin, AmBank, CIMB, Hong Leong, and RHB. (Maybank, the country’s biggest lender both in conventional and Islamic terms, said it will not.) All five have their own Islamic businesses, with AmBank and RHB among the bigger ones. Of these only CIMB can be counted out of an Islamic offering assuming it will lead with Touch’n’Go.

(CIMB also runs digital-only banks in the Philippines and Vietnam under its brand, so it may wish to create a standalone VB in Malaysia that can be folded into an “ASEAN virtual bank” franchise.)

In places like Hong Kong, Standard Chartered and Bank of China (H.K.), already major players there, led their own VBs as a way to create a new proposition based on customer experiences and journeys, with partners to cast a wider net and help build customer-centric tech stacks and databases.

A bank in Malaysia could do the same, but it will be interesting to see if any attempt this in the context of an Islamic pitch, given these players already cater to that segment. In Malaysia, the gravity of Islamic finance lies in rural areas among ethnic Malays. This correlates with the greatest financial-inclusion opportunity lies, both for consumers and SMSEs.

Indeed, DigFin is struck by many commentators noting this huge underserved population but not discussing its overlap with the customer segment that prefers Islamic-based products. Bank Negara, having opened the door to an Islamic VB, will expect to see some applications cross its desk. This will be an interesting extension of digital finance.

The final reason why Malaysia’s virtual banking regime will set trends for the rest of the reason is timing: it will be the first post-COVID-19 regime. Singapore’ MAS is delaying launches but its framework was set in 2019. Hong Kong has seen its first banks go into beta tests. Australia, Korea and India have already launched their own versions while Taiwan also set out the rules for its VB process.

THERE IS A REAL OPPORTUNITY TO CHALLENGE INCUMBENT BANKS IN MALAYSIA

Malaysia has laid out principles but the central bank is still awaiting comments. Things might look differently by the end of the year. These delays are understandable, as regulators need to first ensure the virus and the global lockdowns don’t destabilize the economy or banking system.

But given the pain that is already spreading through the country, whose GDP is likely to contract this year, virtual banks now look critical, not just cool. People, be they rural small business owners or affluent city slickers, will need access to efficient, affordable, user-friendly financial services more than ever.