What’s the future of money? Here’s the outlook from 2030 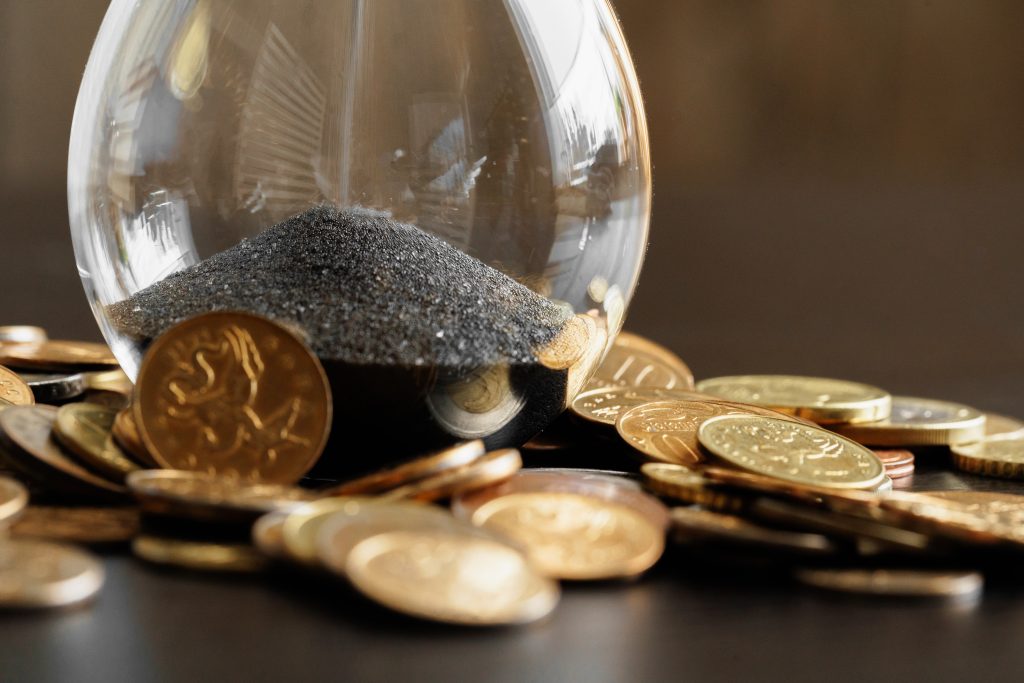 The alert I just heard turned out to be coming from Finn, my personal financial AI robot in the cloud. I realized it knows where I am via the mobile network. It also knows I’m about to take a break here at Ericsson and uses this opportunity to get my attention. It’s a bit irritating, but generally Finn’s actions reflect what I want to happen when it comes to my financial organization. Overall, I’m satisfied with this AI robot and how financial transactions can be done nowadays.

I still remember how things were almost 10 years ago when most transactions could take days before being finalized. Luckily, the fintech industry took the opportunities that mobile networks provided – notably, reliability and ubiquitous connectivity. This made it possible to abandon older non-digital and isolated solutions and replace them with all-digital, fully connected ones. With all the new services for mobile money and other fintech solutions available, it’s fair to say that today, mobile infrastructure is the digital currency infrastructure.

I recall the main turning point for financial services was when we moved to ITS solutions. Instant Transactions Services, or ITS as everybody calls them, arrived in the mid 2020s. They helped build mobility network presence around the world with their strong methods of authenticating users. With the built-in security and regulatory controls of a mobile network, these new fintech solutions could process transfers and purchases instantaneously.

Secure and reliable networks – the backbone of future fintech

All these developments happened gradually, but one of the reasons that businesses, governments, and consumers were willing to use fintech solutions was the perceived quality and trust of the networks that supported them.

For example, standardization not only laid a foundation for interoperable and multi-vendor solutions, but also ensured secure networks.

When developing new services, fintech’s biggest challenge had its roots in national and regional differences across financial and banking infrastructures. These included differences in technical infrastructure, the organizations involved, and legal requirements.

On one hand, this made it hard to deliver simple global fintech solutions. On the other, actors like credit card companies, service providers and global device manufacturers had an opportunity to bridge these silos and create new business as facilitators dealing with this complexity behind the scenes.

The use of mobile networks made it easier for the creators of network platforms to grasp new opportunities. With more processing power and the use of advanced AI technology, it became technically possible to connect financial silos directly with a network platform, and cut out certain facilitators. It also enabled the creation of new solutions that more or less bypassed existing infrastructures a decade ago. The creation of smart contract driven automated transaction processing using blockchain technologies were a prime example.

The potential of fintech and the network platform

The fintech industry benefitted from the potentials and efficiency of a layer in the network platforms especially tailored for fintech services. Fintech also got better tools such as confidential computing, homomorphic encryption, which allow for the processing of protected and even encrypted data. They in turn provided better support for carrying out the cloud processing of sensitive data or digital ledgers to establish trust among many users.

But as Bitcoin proved more than a decade ago, if we can free ourselves from existing infrastructures, technically simple approaches can create revolutionary solutions that people are willing to use even if they’re new. Putting the full power of the mobile network and network platform behind fintech solutions would be a powerful innovative force – especially as focus shifts towards moving money from simply holding money.

Mobile money and fintech are thriving

The new fintech solutions we have today in 2030, like IST, have been developed and built on a solid foundation. Mobile networks were (and still are) reaching more people than most governments. In many places, mobile network based fintech solutions are some of the only functioning infrastructures in society, which is a stark difference to 2021, when there were still around two billion people who were considered to be financially excluded or missing adequate access to financial services.

This has provided a strong foundation for new fintech, given that most people have access to a mobile phone network in one or the other form. If you have a mobile account, you have established financial mutual trust with the communications service provider (CSP) and you have crossed a crucial threshold in terms of joining the financial system.

In practice, this means, for example, that if you have a mobile account, you already have a bank account. You just don’t know it yet. There is also anecdotal evidence that a decade ago, people used mobile units as an unofficial global currency for remittance. An emigrant could easily buy mobile units for the account of a relative in their home country as a form of financial support.

CSPs have been playing a key role in providing financial services to many unbanked or under-banked people, since they already have a relationship with them through telecom services (primarily voice and SMS services).

Specifically in Africa and Asia, the growth of mobile money subscribers was extremely good. Already in 2021 there were, according to the GSMA’s 2021 report, more than 1.2 billion registered mobile money accounts. On a monthly basis there were 300 million monthly active accounts. More than USD2 billion was processed through mobile money providers daily.

Similarly, I recall that 10 years ago in 2020, Ericsson’s mobile money platforms reported they had more than 250 million registered accounts, more than 53 million monthly active accounts, and processed about USD 850 million daily.

During that same period, the Ericsson Wallet Platform was a wide and dynamic ecosystem consisting of about 500,000 agents, over 100,000 of merchants, many bill aggregators and individual billers, governmental payments, loan and saving providers, insurance providers and more than 12,000 developers that used the APIs provided by the platform.

In a 2021 report from Ericsson ConsumerLab report, based on an extensive consumer study across six Sub-Saharan African countries, researchers found that mobile money usage more than tripled in the surveyed countries compared with 2016.

As in most countries, the COVID-19 pandemic in the early 2020s drove digitalization and mobile money uptake in Sub-Saharan Africa. Half of the consumers across the region said they had increased their use of mobile money. As many as 75 percent were aware of the benefits of mobile money as a way to avoid infection during the pandemic, instead of using cash.

In the past ten years since 2020, successful service providers in this area have been able to build an organization with the processes and technology required to offer financial services to their subscriber base. They secured and maintained their positions, because they understood how to respond to challenges driven by regulatory authorities like the Central Bank Digital Currency (CBDC) and position new technologies like blockchain and other cryptocurrencies, new types of competitors and the need for new business models. They understood how the future of money and financial services were evolving and which role they would be able to take.

After ITS, the use of AI in society (including mobile networks) laid the ground for intelligent services like my robot Finn, who helps me and my family with our earthly problems like paying our monthly bills and loans. Finn also helps me send money every month to my parents in Singapore, securely and in real time. Like I said, I feel happy with Finn, and I’m currently wondering why it now needs my attention. It’s likely there has been a change to some rules along the path that my financial transactions will follow. I should probably get on and address the situation.

PrevPrevious Taking A Look At The Digital Investing Landscape
Next Striving for a ‘Digitally United’, sovereign MalaysiaNext